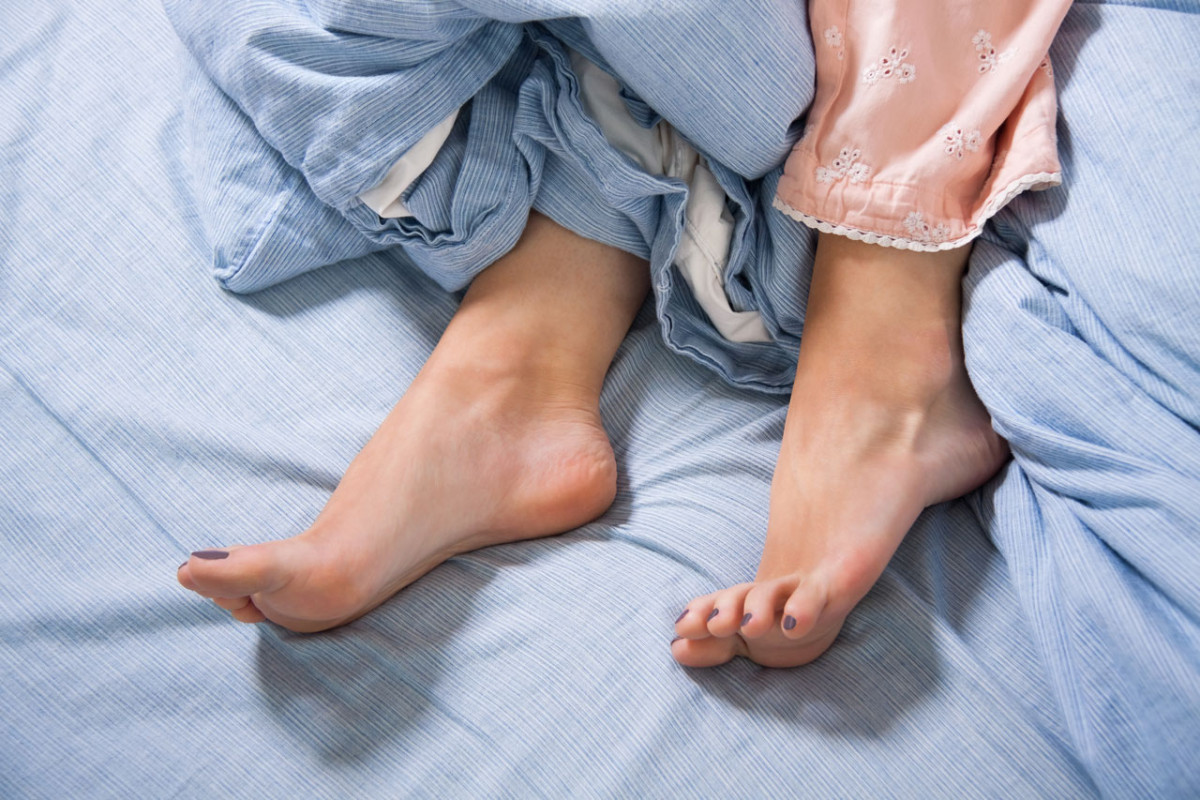 Restless legs syndrome (RLS) is a neurological disorder characterized by an irrepressible need to move the legs. This syndrome also known as Willis-Ekbom disease and Wittmaack-Ekbom syndrome, can occur at any age. The symptoms of the disorder tend to worsen during the night, what induce sleep difficulties and significantly impacting quality of life.

Currently, there is no existing treatment for this type of disorders. However, through lifestyle changes and medication, some of the symptoms can be effectively managed. While most RLS symptoms can be alleviated with medication, medical cannabis is also used by some as an effective treatment option. Researchers believe that a large part of cannabis’ success in treating RLS comes from its effects on dopamine. Since RLS is considered, as a neurological disorder stemming from an imbalance in dopamine, it is commonly treated with medications that act on the brain’s ability to produce this neurotransmitter. Similarly, cannabis has been shown to influence dopamine release through its interactions with cellular receptors in the body’s endocannabinoid system.

A 2010 study showed that cannabis had a positive effect on RLS symptoms. This clinical study reported that patients treated with sublingual cannabis, containing THC and CBD, reported an improvement in symptoms in approximately 40-50% of cases. All the patients reported improvements in sleep following cannabis-based treatment.

10 years later, another study shows similar results. This time the inhaled cannabis effect was compared in a group of participants. Five out of six participants reported that their symptoms were in complete remission following cannabis treatment. In parallel, the remaining patient reported significant improvement after consuming only CBD. Once again, the study found that cannabinoids not only worked to relieve daytime symptoms, but also to improve sleep.

In conclusion, the recent studies were able to demonstrate that both the THC and the CBD molecules (known as main cannabinoids present in cannabis), can potentially treat many symptoms of the RLS disorder, while improving the overall quality of the patient’s sleep.

Content of the publication:   A new study regarding the prevention of severe acute respiratory syndrome coronavirus-2 (SARS-CoV-2) infection responsible for COVID-19 was published on January 10, 2022, in the scientific journal “The Journal of Natural Products”[1].  Researchers from the Oregon Health and Science University in Portland (USA) have demonstrated the potential of cannabinoids to… 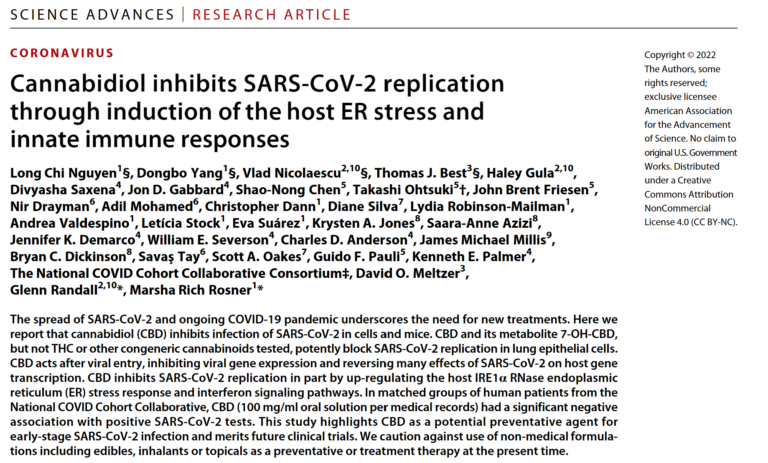 Several recent laboratory studies of cannabidiol, or CBD, have shown promising results in the context of prevention the coronavirus infection.  The study performed by the team of Marsha Rosner of the University of Chicago (USA) recently published evidence that CBD could block the severe acute respiratory syndrome coronavirus-2 (SARS-CoV-2) responsible for COVID-19.   Their study published… 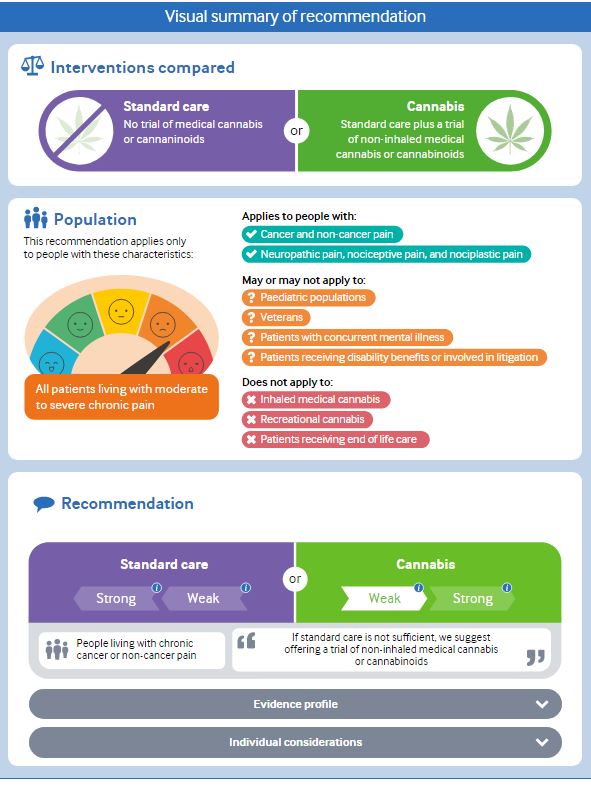 clinical practice guideline; this article published in the british medical journal, summarizes the current state of medical research about chronic pain. Abstract Clinical question What is the role of medical cannabis or cannabinoids for people living with chronic pain due to cancer or non-cancer causes? Current practice Chronic pain is common and distressing and associated with considerable… 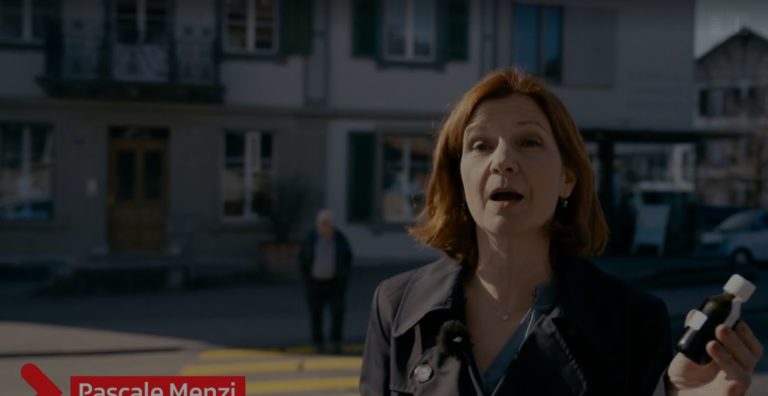 The SRF documentary on Medical Cannabis provides an overview on the current market situation Key takeouts: good results on patients using the medicine high prices for patient due to 1 company dominant position flowers are not yet available as medicine (it will only be available with the #pilotprojects medical Cannabis still need to evolve from… 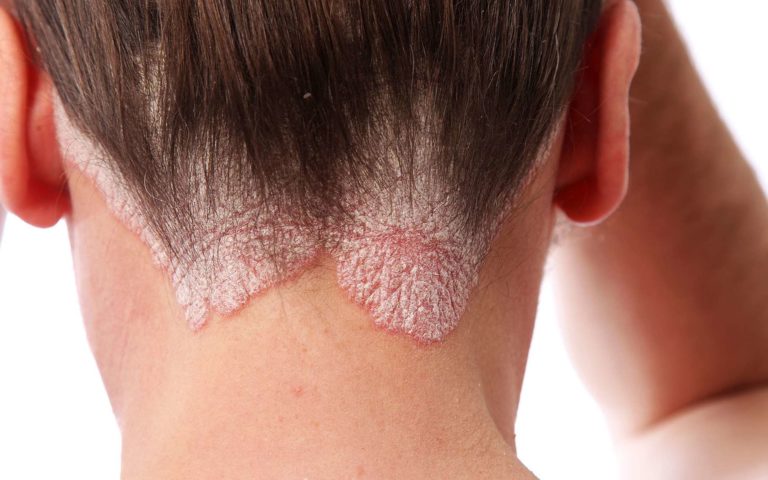 Cannabidiol (CBD) a non-psychoactive compound from the cannabis plant have been shown to have a positive effect against many dermatological disorders such as eczema, psoriasis, pruritis, and inflammatory conditions.   One of the important systems in our body is the Endocannabinoid System (ECS). It plays the role of molecular signaling network, important for the modulation of…